A person who’s going somewhere has to carry their identification, but they don’t have to show it to everyone! #word

The only people who you have to prove your identity to are those who have been authorized to help you get to your next destination. While drinking my cup of coffee this morning, I realized how exhausting and futile it is to keep trying to prove yourself to people who don’t really matter. On this flight called life, many of you are wasting precious time and energy trying to get the affirmation of individuals who can’t get themselves off the ground let alone you. You’re a grown man, grown woman still trying to make people see you. You still have this strong need to be validated by people who have no power to open any doors for you. Even if they did, why are you doing all that to be noticed? Where’s your self respect? Where’s your dignity? I want to ask you this – What would happen if you stopped trying to prove yourself and your importance and started doing what you need to do to get to your next level? It’s a matter of changing your focus. Stop looking for likes, applause, support, pats on the backs,…and just be who you are!! Stop waiting for someone to co-sign for you and say that you’re valuable!

Instead of constantly living your life hoping that pointless people open up their arms and accept you, accept yourself. Instead of praying for arrogant people to see your value and your worth, see your own! I need you to understand that everyone doesn’t need to know where you’re coming from and even after you explain they still won’t care. Instead what would happen if you tried smashing some of your life goals as much as you try to be recognized by “them.”

I think it boils down to you making better use of your time and energy. Who cares what these irrelevant people think about you anyway? Some of you are so worried about people and their opinion of you. You’re scared of hurting people’s feelings, and they go out of their way to hurt yours. When are you going to stop looking for acceptance from the wrong people?? You’re constantly watering down your dreams because you’re obsessed with trying to prove you’re a good person to a bunch of crappy people. It’s time to get over it and go somewhere better than this current place you’re stuck in. It’s not healthy for an adult to keep trying to win their parents approval. It’s not. If you need them to be okay with how you live and what you do, you have placed your parents in the role of God in your life and that’s not cool at all. No one should be so important that you can’t make a decision without making sure they still like you.

The same way it would be irrational for you to walk up to every person you see at the airport and show them your ID, it’s insane to try to explain who you are and where you’re going in life to random people you encounter. Many of you are missing your take off because you’re so consumed with proving yourself to everyone. No one needs to know your every move. We don’t need to know what you ate for breakfast and who you ate it with. We don’t need to see every picture from every event you attend. You don’t need to prove to anyone that you’re loved and you have friends. Put your identification away and be confident with who you are. When you get this solid grip on your identity, you’ll only explain yourself to people who matter on your journey. If they don’t have the authority at this stage in your life to get you to the next level, stop defending yourself.

You’ll thank me later. You’re going to get a lot further when you stop explaining and start soaring. What does it change after you give them an explanation of everything you’re going to do? If the answer is nothing then they aren’t the ones you need to have sanction your next move. It’s not that you shouldn’t be accountable, it’s that you need to get a grasp on who’s worth your accountability. It’s time to take off, but take off is crucial for those who know who they are. Is that you? Do you know who you are? Outside of your job, your talent, your family and friends – who are you? 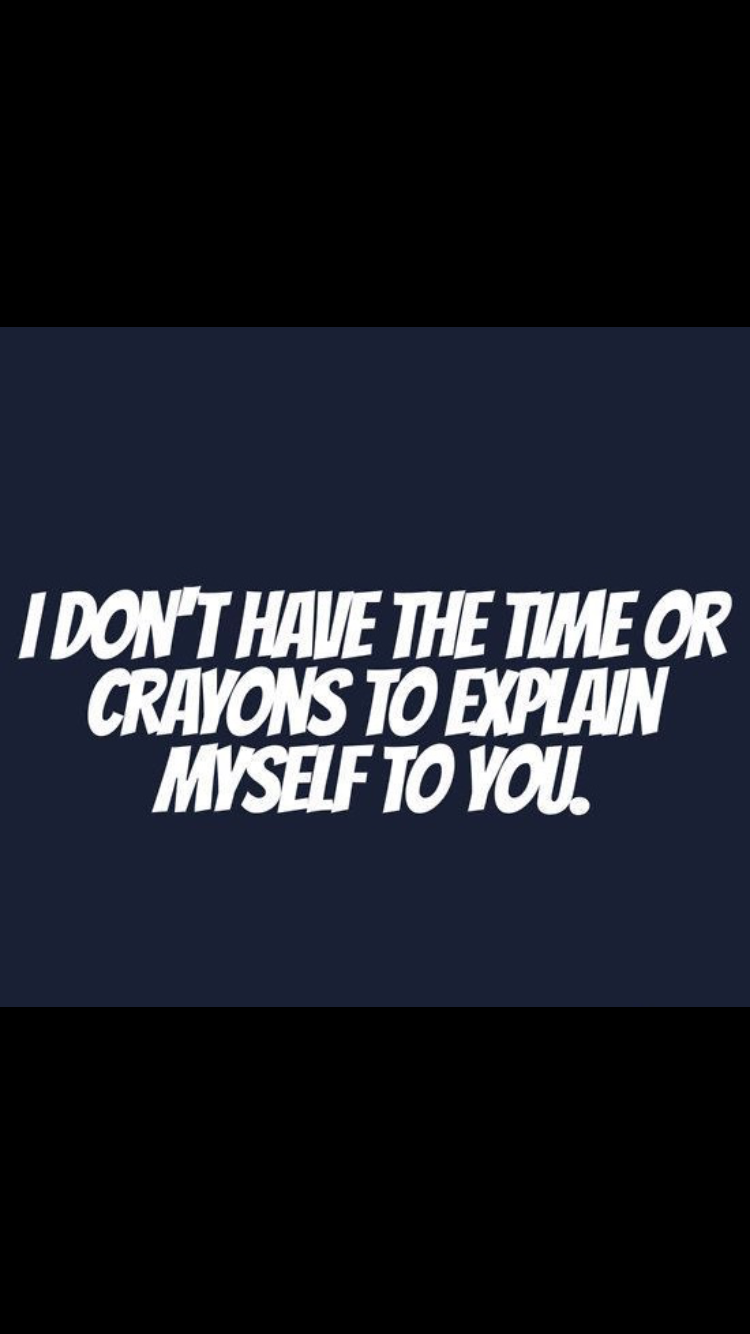 4 thoughts on “Stop trying to prove who you are!”